I recently co-wrote a brief accepted by the Arizona Supreme Court on an important issue, namely the extent to which the state is allowed to have one witness testify to another witness’s test results. The issue the Court must decide is whether someone accused of a crime has the right to challenge the actual person who created evidence against him, by cross-examining that person on the witness stand in trial. In recent years the United States Supreme Court has issued a number of opinions explaining the importance of a defendant’s right to confront the witness who created evidence being used against him. This includes a case where the court required the state to bring in the person who performed the blood alcohol test at issue, in the caseBullcoming v. New Mexico, 564 U.S. ,131 S. Ct. 2705, 2711, 180 L. Ed. 2d 610 (2011).

Unfortunately, the Arizona Court of Appeals has now held that the state may bring in a witness who didn’t perform any of the testing and who wasn’t even present when the testing was performed. This surrogate witness, the Court has held, will be allowed to review the paperwork printed out by the laboratory’s software system, and then testify to her “independent opinion” as to the defendant’s actual blood alcohol concentration (which, of course, will match the printed test result she has reviewed). After testifying to the number she “independently determined” was correct, the witness will be allowed to tell the jury that there is a printed test result that matches her opinion, not because the printed number is correct, but to explain the basis of her opinion.

I am writing today to try to explain why no one can look at the paperwork printed out by a crime laboratory’s software system and determine a defendant’s true blood alcohol concentration.

The Nature of Blood Testing

There are a surprising number of errors that can occur when an analyst tests a blood sample to try to estimate someone’s blood alcohol concentration. Both human and machine errors can, and do, occur during laboratory testing. At the end of the testing process there will be a blood alcohol test result – a number - printed out by the laboratory’s software system. However, because of the mistakes that occur, there are many reasons why that printed result may not accurately reflect the amount of alcohol in the blood of the person from whom the sample was drawn.

Errors that Occur Before the Sample Reaches the Analyst 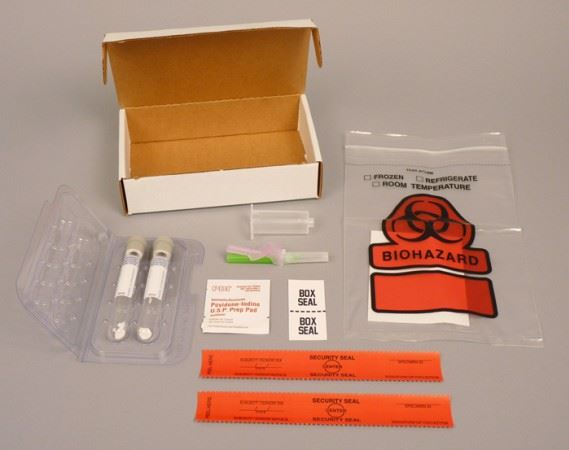 A blood sample can be compromised before it even gets to the laboratory. If mistakes are made in how the blood is collected - by failing to properly clean the arrestee’s arm, letting room air into the blood tube or by under-filling the tube when blood is collected - the alcohol concentration of the blood may be artificially elevated. The same is true if the blood sample is stored incorrectly – if the tube is not properly refrigerated, or does not contain a strong enough preservative, or does not have a preservative correctly mixed into the blood – microbial growth can increase the amount of alcohol in the tube. It follows that the blood tube delivered to the analyst may not contain a sample that accurately reflects what was in the person from whom it was collected.

Errors that Occur During Laboratory Testing

The analyst receives the blood sample for testing some time after the sample was drawn – usually within 30-60 days, but it can be up to a year later. Assuming that the sample received by the analyst is in the same condition as when it was drawn, there are numerous errors that can occur during the testing process. Blood testing in forensic laboratories – usually run by a police department – is testing that is performed on a production line. It is high volume – there are a lot of samples that need to be tested. It is not unusual for a blood run to contain over 100 separate samples.

When preparing a sample for testing, the analyst first opens the blood tubes collected by the police and prepares samples for testing in “headspace vials”. Most labs test the equivalent of two to five drops of blood, along with a second chemical, called an internal standard. If the analyst makes a measuring mistake when he or she prepares these vials, the result will be wrong. Too much blood will artificially lower the blood test result; too much of the internal standard will artificially increase the test result. One laboratory in Colorado discovered that it had been incorrectly measuring samples, causing the results to be artificially high forthree years. 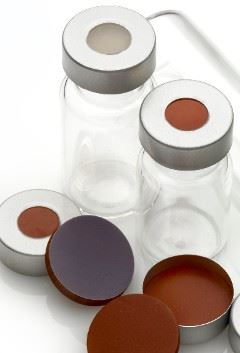 Headspace vials are made of glass and are generally two to three inches high. Typically, analysts will write identifying information on the side of the vials – usually six to ten digits of the arresting agency’s case number. No blood typing or DNA testing is performed. In order for the result to be correct, the analyst must know which vials are in which slots on the circular tray – called a “carousel” – which holds 110 samples. If the analyst believes that John Doe’s vials are in slots 56 and 57 and they are really Mary Smith’s samples, or John Doe’s samples are really in slots 58 and 59, then the wrong result will be reported, and no one will ever know the difference. In many laboratories, no one checks to make sure that the headspace vials are in the slots that the analyst believes them to be in.

The equipment can, and does, malfunction during testing. Sometimes vials fail to load. Sometime the machine skips vials. Sometimes the gas chromatograph stops collecting data. Sometimes there are substances in one blood sample that show up in a different blood sample.

The next work day the analyst will come into the lab, and pick up a stack of printed results from the testing sitting on a printer. The analyst may compare the computer data to the printed results, but in many cases, he or she will simply review the paperwork. The headspace vials, with the handwritten notes on the side indicating which sample was placed in which slot on the carousel, are thrown away.

Even when the analyst makes no mistakes and the blood testing equipment operates correctly, the laboratory’s software can still misprint the information. This is not an unusual occurrence. Laboratory software prints the wrong names on results. Laboratory software prints the wrong vial numbers on results. There are documented instances of laboratory software taking all of the information from one test vial and attributing it to another vial in the run. In fact, in one Arizona crime laboratory, the lab wrote to the manufacturer of the blood testing equipment and asked them to write a new software program for the lab’s blood testing equipment, because the software they are currently using “does not always print the data correctly.” It will “sometimes print wrong file information or vial numbers.” The new software was requested because the lab “cannot fix it when it has issues.” (http://www.courtminutes.maricopa.gov/docs/Criminal/082013/m5912531.pdf, at p. 15). 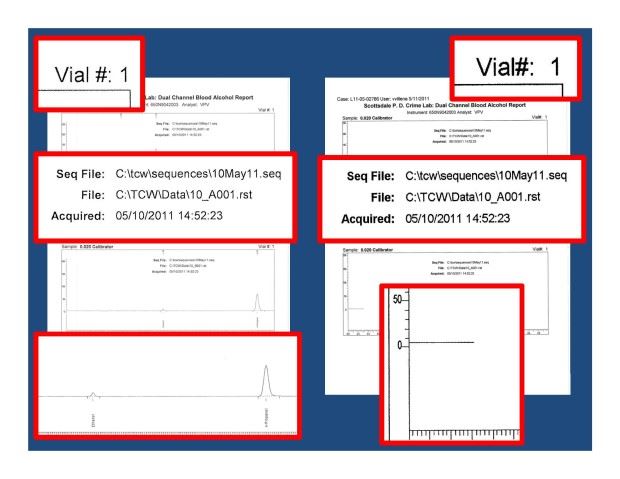 The Ruling of the Arizona Court of Appeals

All of which brings us back to the Arizona Court of Appeals. In State ex rel. Montgomery v. Karp, 236 Ariz. 120, 336 P.3d 753 (App. 2014), the Court held that the state may bring in a lab analyst who was not present during testing and have her form an “independent opinion” as to the defendant’s actual blood alcohol concentration. Of course, the only way that such an opinion could be formed would be by accepting the laboratory paperwork at face value. The testifying witness must assume that the defendant’s blood vials were not misidentified by the testing analyst or put into the wrong slots – that no human error occurred during testing. The testifying witness must also assume that no machine errors or software errors occurred, and that the printed documents can be taken at face value. The State gets the best of both worlds – the blood test result comes into evidence, and the person on trial does not get to expose the shortcuts taken or mistakes made by the testing analyst through cross-examination. After all, the testifying witness doesn’t know if any errors occurred during testing – she wasn’t there.

Hopefully, it is a good sign that the Arizona Supreme Court accepted the Amicus Brief that Lawrence Koplow and I wrote on behalf of Arizona Attorneys for Criminal Justice on this issue. There is one set of facts in the Voris case that is truly ironic. The State seeks to have the laboratory’s former technical leader testify to her “independent opinion” of Mr. Voris’s blood alcohol concentration based on the paperwork produced by her laboratory’s software system. Yet, She is the same analyst who wrote to the manufacturer of the laboratory’s blood testing equipment and asked them to write new software because the lab’s software malfunctions and prints incorrect information and no one in the lab can fix it when that occurs. We can only hope this irony is not lost on our Supreme Court justices.